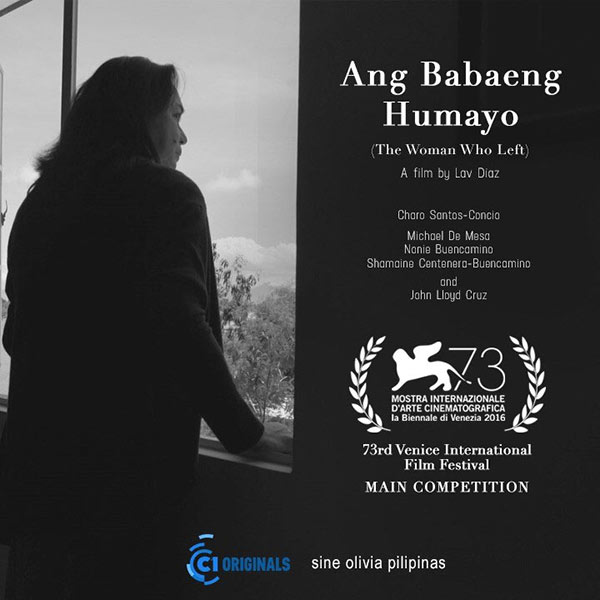 Philippine director Lav Diaz's nearly four-hour long black and white revenge drama "The Woman Who Left" has won the Golden Lion for best film at the 73rd Venice Film Festival Saturday.
The director dedicated his award to his country.
"It looks beautiful. This is for my country, for the Filipino people, for our struggle and for the struggle of humanity. Thank you. Thank you. Thank you. Thank you so much." The runner up Grand Jury prize went to fashion designer Tom Ford's thriller"Nocturnal Animals" while the Best Director award was shared by Russia's Andrei Konchalovsky for the Holocaust drama "Paradise" and Mexico's Amat Escalante for "The Untamed.
Argentine actor Oscar Martinez received the Best Actor award for his performance in the comedy drama ". The Distinguished Citizen" while Emma Stone took the Best Actress prize forher role in the musical "La La Land."
Chinese actress and director Zhao Wei is the only Asian member among the nine jurors of this year's  main competition, who's also presented the award for Best Director at the closingceremony.
No Chinese film entered this year's main competition.