(Peacemounts)What Does It Mean To “Watch TV”? It’s Complicated – Survey

It seems that most people who watch TV aren’t really watching, and increasingly it isn’t on a TV set, according to the 10th annual Digital Democracy Survey  out this morning from the media and entertainment specialists at consulting firm Deloitte. 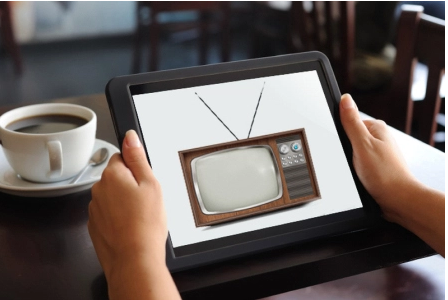 An online survey of 2,200 people the firm commissioned in November found that 92% say they multitask while viewing, up from 81% in 2012. Most popular diversions include web surfing, chatting on social networks, reading emails, texting, online shopping, and playing video games.

And about a third of all viewers — as well as about half of Millennials, those born between 1983 and 2001 — watch TV shows and movies on a smartphone, tablet, or computer.

Asked to name the three media devices they value most, just 54% include a flat panel television, down from 62% in 2014. That dropped the TV sets to fourth place, behind smartphones (mentioned by 76%), laptop computers (69%), and desktop computers (57%).

Rising fast in the rankings are streaming media boxes or drives including those from Roku, Apple TV, Google Chromecast, and Amazon Fire Stick. They were mentioned by 27%, up from 14% in 2014.

The growing interest in streaming really stood out when Deloitte asked those who receive a service such as Netflix, Amazon Prime, or Hulu-to name their three favorite categories of subscription services. Home Internet is still No. 1, mentioned by 95%. And Pay TV providers may be heartened to see that 79% mention them, up from 58% in 2012.

But streaming video services rocketed to 61%, from 17% in 2012. They also now outrank Pay TV among those 25 and younger in a home that receives a streaming service..

The top reasons people who like them offer: they allow them to watch when they want, without commercials, and wherever they want.

The study also has some fodder for those looking to explain the remarkable shifts in public views evident this election year.

Just 42% of all respondents cited television as their most popular source of news, down from 57% in 2012. Social media came next at 17%, up from 4% — although it ranks well ahead of TV as the most popular news source for Millennials.

There’s been a big drop in those turning to an online news site not affiliated with a newspaper: That’s fallen to 11% from 17% in the last presidential election year. Sites affiliated with print newspapers appeal to 5%, down just 1 percentage point from 2012.

Meanwhile those saying that they don’t follow the news has doubled to 6%.

“The proliferation of online content shows no signs of slowing down and the consumer appetite to consume content is equally voracious,” says Gerald Belson, who leads Deloitte’s U.S media and entertainment sector. “The survey data indicates that consumers are more willing than ever to invest in services to watch whenever, wherever and on whatever device they choose.”